Milkmen once delivered whole milk door to door; however, this delivery service became less common with each passing generation along with the practice of drinking full-fat milk. Saturated fats were deemed unhealthy when researchers determined that overconsumption increases total cholesterol in the bloodstream, which can result in blocked arteries due to the presence of the more harmful low-density-lipoprotein (LDL) cholesterol.

One way for consumers to reduce saturated fat intake was to switch to low-fat dairy products. In the United States, during the late 1970s, the government dissuaded adults from drinking full-fat milk in an effort to prevent heart disease. The World Health Organization established similar nutritional guidelines (https://www.who.int/news-room/fact-sheets/detail/healthy-diet).

Now, scientists are gathering evidence that beneficial fatty acids may be lost when saturated fats are eliminated from dairy. “Odd-chain fatty acids are a minor component in dairy, breast milk, and some plants,” says Farah Hosseinian, food science professor at Carleton University in Ottawa, Canada. They have not been given much attention in the past, but researchers have since realized the compounds are bioactive, she says.

In an effort to remove saturated fats, are we losing essential nutrients? Some researchers think so and are promoting supplementation of odd-chain fatty acids (OCFA) as a way to improve human health and extend life expectancy.

Current interest in OCFA may have arisen in the mid-2010s, when type 2 diabetes research led to the conclusion that not all saturated fats behaved equally in the body. Researchers analyzed the plasma of a large group of participants across eight countries. They found that higher amounts of OCFA in plasma were associated with a lower occurrence of type 2 diabetes, while more even-chain fatty acids indicated higher risk for the disease (http://dx.doi.org/10.1016/S2213-8587(14)70146-9).

In a commentary for The Lancet Diabetes & Endocrinology at the time, Dariush Mozaffarian, cardiologist and professor of nutrition at Tufts University in Boston, Massachusetts, USA, argued that the findings bolster a growing cache of evidence that consuming dairy fat reduces insulin resistance and the chance of developing type 2 diabetes (https://doi.org/10.1016/S2213-8587(14)70166-4).

The majority of milk fat is comprised of the saturated fatty acids myristic, palmitic, and stearic, which range in chain length from C14 to C16 to C18. Oleic acid is the prominent unsaturated fatty acid. OCFA are present in much smaller amounts, even as low as 0.5% of the total fat. Despite being minor components of dairy fat, OCFA continued to pique the interest of scientists, because both pentadecanoic acid (15:0) and heptadecanoic acid (17:0) are good biomarkers for dairy intake. Studies have shown that the concentration of these fatty acids in blood plasma increases when dairy products are consumed.

Researchers have since concluded that OCFA comes from other sources besides ruminant fat, based on measurable levels in the plasma of vegans which is comparable to that of omnivores (https://doi.org/10.1159/000118629). One possibility for the formation of OCFA in the body is through synthesis from propionic acid, generated by the gut microbiome after fermenting dietary fiber. Scientists have suggested other means of endogenous synthesis, but no conclusive pathway has been determined.

To understand why OCFA in blood plasma correlates with positive health effects, researchers have carried out dozens of studies on animals and cellular models in the laboratory. Their goal is to determine the biological function of these fats.

Hosseinian has spent a decade studying phenolic lipids, particularly alkylresorcinols, that have odd-chain fatty acids attached to their rings. The compounds react through a similar mechanism to OCFA. Therefore, her research often involves a comparison of the two.

Using a device known as a liposofast, Hosseinian’s team produces clusters of liposomes. The particles act as artificial cell membranes that the team uses to study how OCFA and phenolic lipids likely incorporate into human cells. Using a scanning electron microscope, they have observed that the fats incorporate uniformly into the cell membranes, increasing their functionality.

“At the surface of the cell there are lipoproteins, glycolipids, and glycoproteins,” says Hosseinian. The OCFA scavenge free radicals, possibly protecting these important biological molecules involved in cell function. “Diseases like Alzheimer’s or Parkinson’s are related to lipid oxidation or protein oxidation,” she says. OCFA could be repairing or preventing damage that might lead to these diseases if left unchecked.

A recent study of C15:0 administered to rats and New Zealand white rabbits existing on high-fat diets showed that after two weeks the animals had overturned the effects of the unhealthy diet exhibiting, lower glucose, cholesterol, inflammation, anemia, and dyslipidemia (https://www.nature.com/articles/s41598-020-64960-y). The same research group studied the effect of C17:0 concentration in the serum of bottlenose dolphins. They found an inverse relationship between C17:0 concentration and the development of a metabolic syndrome similar to prediabetes. When the dolphins were fed fish with higher C17:0 content, the incidence of this metabolic syndrome decreased (https://doi.org/10.1371/journal.pone.0132117).

Despite all the proof that has been gathered so far supporting OCFA status as beneficial to human health, Hosseinian says it is too soon to recommend supplements. She hopes that one day these molecules will be considered essential for the diet just like omega-3s, but says more research is necessary before that can happen. Yes, OCFA exhibit antioxidant activity and prevent inflammation, but she says these findings have only been gathered in laboratory experiments and human clinical trials are still needed.

“The mechanism of action is not as easy as we are making it sound here. Gender, age, polymorphism, many things should be considered before a product comes to market,” says Hosseinian.

Not all researchers agree. The lead researcher of the previously mentioned dolphin studies, Stephanie Venn-Watson, claims she has discovered a new essential fatty acid and wants to make it available to consumers (https://tinyurl.com/23uy8ubb). She is now the cofounder and CEO of Seraphina Therapeutics, based in Andover, Massachusetts, USA. The company is focused on creating an OCFA supplement market. The company launched with a fatty15 TM supplement and earlier this year released the food ingredient FA15TM that can be incorporated into various foods, including nondairy milks.

This summer several media outlets reported FA15TM, a powered form of C15:0, had received generally recognized as safe (GRAS) status (https://tinyurl.com/dfunvws2). However, a search of the US Food and Drug Administration (FDA) database did not produce any record of such a notice being issued. A Seraphina Therapeutics spokesperson clarified that the company self-certified using a panel of experts familiar with the FDA’s GRAS requirements.

If omega-3 research is any indicator of the potential success of supplements, then OCFA have many obstacles to navigate before they will be adopted by the food industry. For 30 years, researchers published studies showing a correlation between consuming omega-3s and improved cardiovascular health. Nutritional guidelines for most countries recommend two servings of fish per week to achieve such health effects. However, clinical trials for the development of an omega-3 treatment have faced significant challenges.

Since there have not been any human studies of OCFA, Hosseinian says scientists really do not know how much the body needs or which dietary sources have the highest conversion rates in the body. She says scientists need to ensure that consuming too much does not actually result in negative health effects.

“Overall, we are talking about minor components people get through diet that can affect cell membrane functionality,” says Hosseinian. “But these are dose-dependent, and we do not yet know the optimum amount.”

The fats and oils community is eager to learn more about these bioactive compounds, and multiple calls for more research into OCFA have been published in scientific journals, including the Journal of the American Oil Chemists’ Society (https://doi.org/10.1002/aocs.12507). As more researchers take up this challenge, the coming years should provide consumers with the information they need to determine how to get the most health benefits from OCFA.

Rebecca Guenard is the associate editor of Inform at AOCS. She can be contacted at rebecca.guenard@aocs.org 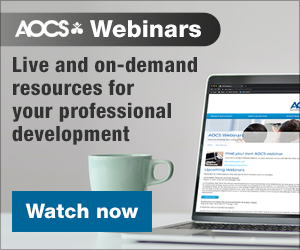 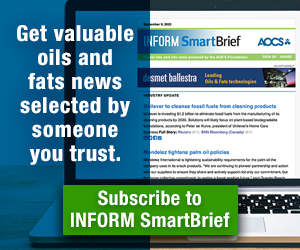