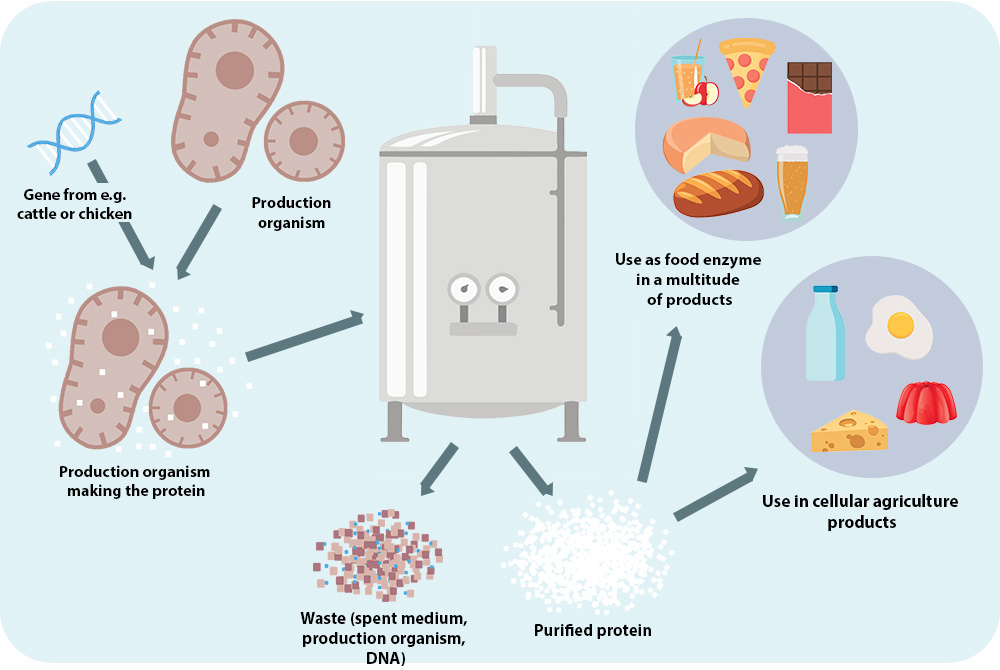 FIG. 1. Cellular agriculture, a method of making animal proteins without using animals.
This figure has been republished from “Cellular Agriculture: An extension of common production methods for food” with permission from the publisher The Good Food Institute.

High-protein foods are not just for body builders and extreme athletes; today’s consumers consider the ingredient an integral part of their diet. According to a recent market analysis (https://tinyurl.com/y2evtyz2), by 2025 protein ingredient sales will reach $48 billion globally. In 2016, animals supplied 72 percent of the global protein ingredient industry. Meeting future demand will require a protein supply chain that does not rely solely on animals. Plant-based protein sources are available, but for many applications they do not exhibit the same sensory or functional properties as animal proteins do. Instead of adjusting to make a plant-based protein formulation more like an animal one, advancements in biotechnology have sparked start-ups that supply proteins made-to-order. Companies can identify the ideal protein for a given application and, working backwards, determine the genetics necessary to produce it. They then encode the genetic information into the nucleus of a host organism, such as bacteria or fungi. When these microorganisms feed on sugar or other nutrients in fermentation tanks, the cells follow the encoded instructions and produce an abundance of the specified protein. After separating the proteins from the host cells, the final step in the process is purification. Using fermentation, companies are tapping a microorganism’s natural metabolic process and optimizing proteins for a variety of market applications, from anti-aging cosmetics to vegan substitutes for dairy products. With multimillion-dollar investments in protein companies now a routine, the dream of cellular agriculture is quickly becoming reality. The success of biotech-enhanced fermentation is evident in the pace of growth of companies like Geltor (https://www.geltor.com) and Perfect Day (https://www.perfectdayfoods.com). “So many start-ups and other early stage companies are thinking about fermentation to build biomaterials that had historically been sourced from animals or other sources that were non-sustainable or challenging for other reasons,” says Alex Lorestani, co-founder and CEO of Geltor, a cosmetic ingredient company, based in San Leandro, California that specializes in collagen. “Once you create a new protein that comes from a more efficient, cleaner source and can be tailored to individual applications like foods, there is a lot of opportunity there,” says Tim Geistlinger, chief technology officer at Perfect Day, a company in San Francisco, California, that makes vegan dairy substitutes. “This is the beginning of a way to create a new protein supply chain.”

Geltor began in 2015 with a bench-scale proof of concept for a collagen Lorestani and his co-founder, Nick Ouzounov, developed. In April 2018, they launched their first commercial scale product, N-Collage™, and six months later they received $18.2 million from investors to expand their product offerings (https://tinyurl.com/y3ffqr47). Lorestani says that he observed the challenges associated with using cellular agriculture to produce proteins for a large consumer market, like replacing beef in the food industry. Instead, his company chose to focus on higher value ingredients produced in smaller quantities. After seeing synthetic biology used so successfully for drug development, he and Ouzounov wanted to apply it the consumer products industry. “What we have been able to do is take a protein science approach to improving the ingredients in cosmetics and personal care products,” he says. For example, to produce a collagen that feels silky on the skin, they find natural collagens that exhibit such a quality. Using computational biology, they develop an amino acid sequence for the desired protein and engineer microorganisms to make it. “By this means we produce a pure protein product that is identical to one found in nature,” says Lorestani. He adds that most natural proteins are not yet manufactured on an industrial scale. For example, collagen is one of the most abundant proteins in the animal kingdom, but only two types are currently harvested from animals. Fermentation allows scientists access to the diversity of nature through the myriad ways a microorganism’s DNA can be altered. It provides a brand-new tool kit for scientists to create any molecule they can imagine. For Lorestani, and many others launching products in this arena, the more important thing is that cellular agriculture enables his company to make a protein product without the inefficiency of raising and slaughtering an animal.

Like Geltor, Perfect Day, set out to mimic the drug industry’s biotechnology success in the consumer goods industry, and quickly brought a protein product to market. Perfect Day was established in 2014, raised $40 million from investors in the first few years, and by the end of 2018 had entered into a joint development agreement with Archer Daniels Midland (https://tinyurl.com/y38fyg9d). One difference between the two companies is the co-founders of Perfect Day are vegan. Perfect Day makes dairy proteins without the cow. “To make the proteins that make dairy special requires a lot of different proteins,” Geistlinger says. “They are commonly referred to as the whey proteins and the curd proteins. They fall into those two different classes of proteins. We are making a large majority of the major proteins that are in dairy.” The company founders wanted to provide a product with the benefit of milk’s nutritional and sensory characteristics, but without harming animals or demanding the land and water use of raising an animal. And they wanted to produce a vegan product that appealed to everyone. Geistlinger says their dairy proteins are not yet used to make milk, since milk is so complicated. They use microflora to make proteins, such as caseinate proteins, that are well-known to food formulators. “We are using a couple of different organisms that have been used in the food industry to make proteins and enzymes and probiotics,” he says. The company uses fungi, yeast, and bacteria to produce a range of proteins. By using a variety of cells, they can manufacture a variety of products. “We can make multiple proteins from a single host or we can make an individual one. We can control those ratios so we can recombine them later, or we can start with a mixture,” says Geistlinger. Perfect Day is currently focusing on making individual proteins to meet consumer demands for a self-tailored, high-nutritional profile, he says.

According to Geistlinger, Perfect Day is replacing ingredients for a wide variety of applications across a broad range of items in the grocery store, but he points out that the technology they are using goes beyond proteins. “This technology has applications in biomaterials and medicine and all kinds of things,” he says. “This is really a fascinating market place.” “The ability to engineer cells and design them very purposefully has become orders of magnitude better than it was in the past, and the science continues to grow at a rapid pace,” says Christophe Schilling, CEO and co-founder of Genomatica, a San Diego, California-based company that uses fermentation for a different product arena. Genomatica creates compounds to replace those that were once only available through petrochemical processing, such as nylon and butylene glycol. Fermentation is not just more efficient for making proteins as compared to industrial farming; according to Schilling, it is more efficient in general. Manufacturing with biology reduces the intermediates and side reactions that are common in chemical processing. For example, chemically manufactured butylene glycol results in a 50-50 racemic mixture that is difficult to separate. “We can make whichever form we want at almost 100 percent purity at the same cost that it takes to produce the racemic mixture,” says Schilling. “If there are applications that need one form or another form of that molecule, biology will deliver easily over chemistry. That is a huge advantage.” The scientific advantages that fermentation brings is attracting new start-ups almost weekly (https://tinyurl.com/y7ydzk33). Eagerness to get into the market has also launched supporting industries. The latest, Cultural Biosciences, specializes in running proof-of-concept experiments for companies planning to enter this space (https://tinyurl.com/y5tkwe5o). The latest companies would be smart to take the time to learn from those who have proceeded them. “The companies that are succeeding now are actually making products substantially better than anything that you can get from petroleum, or a pig, or a plant, for that matter,” says Lorestani. “Making things that are better is what allows you to succeed in this industry.” In the upcoming months, consumers will get the chance to judge for themselves as products from Geltor and Perfect Day begin competing against traditionally sourced products in the market place.